Prepping for the second bike (part 1/3)

A little cabin fever has been setting in and I'm ready to start work on the second bike.  Normally I would work out in the barn, but we are in the third spell of sub zero temperatures, so I took some time to find a flat, level spot on the basement floor. 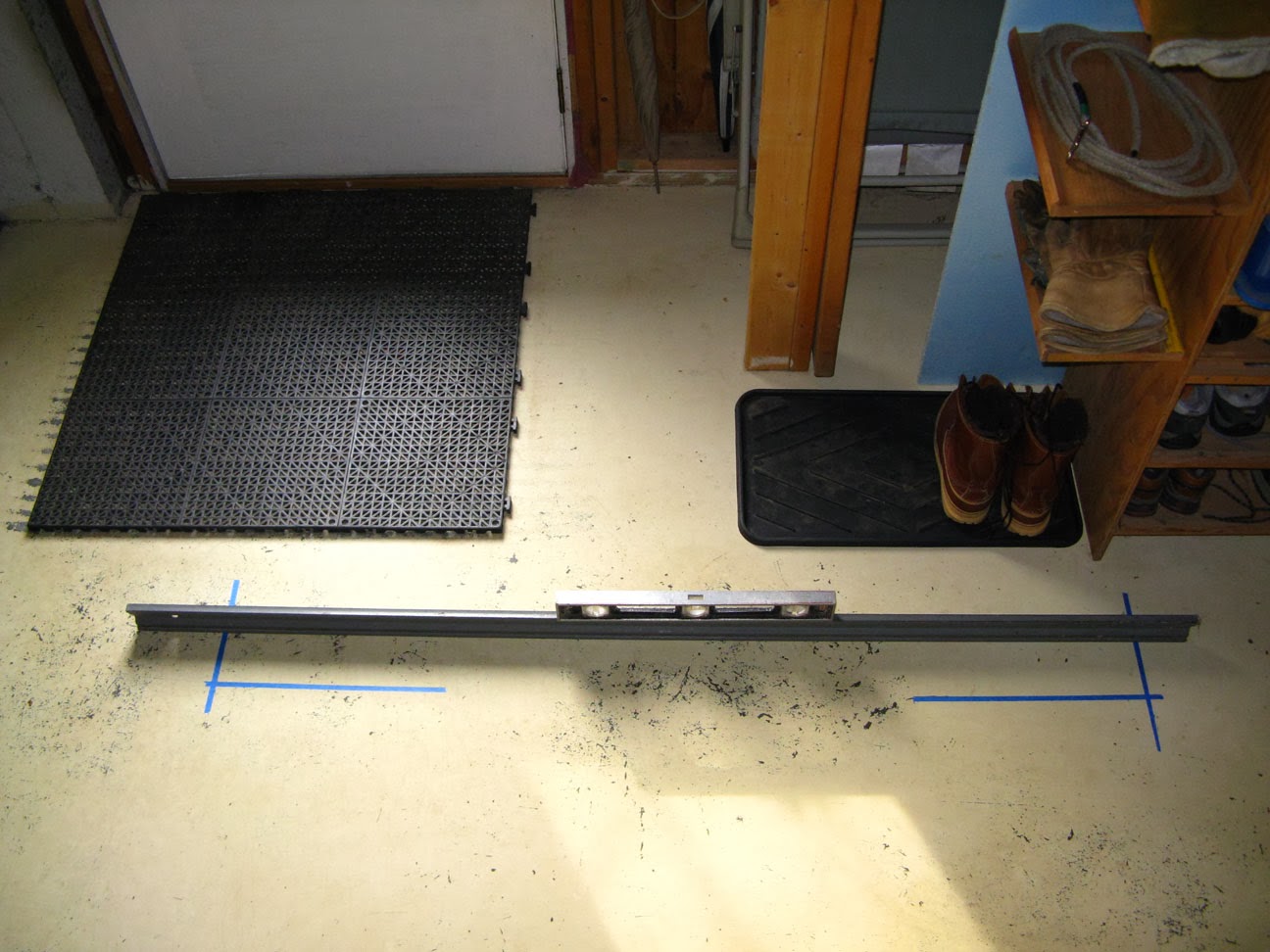 Using a level and 6 foot wallpaper straight edge to find a good section of floor.
If the floor is bad, it's also possible to build a low table that is flat and level.

Then I attached a prop arm to the wall framing with only one screw so that it would pivot, stood the project bike up level, and put some weight on the end of the arm to press down on the bike. 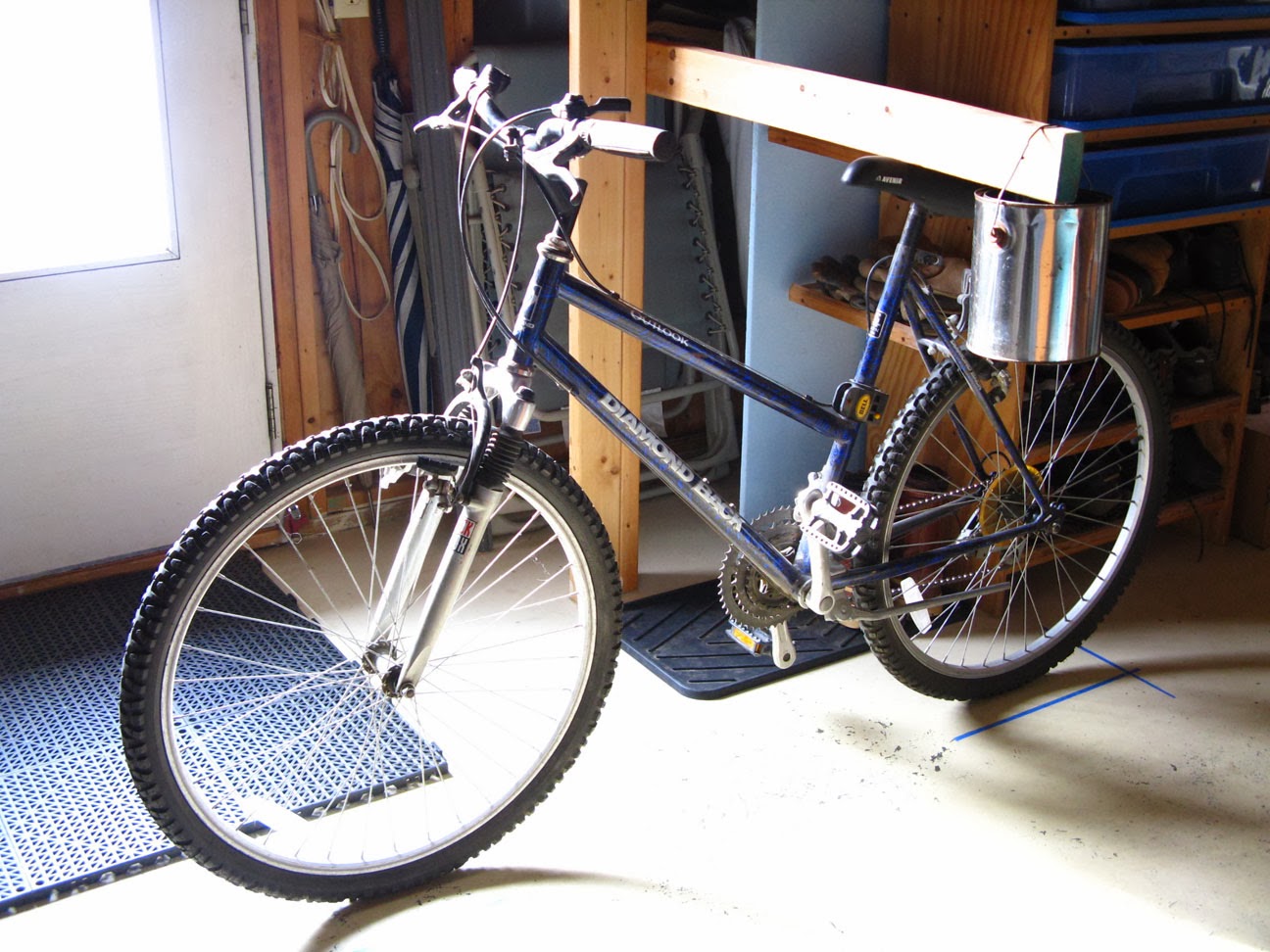 The bike standing up vertical for measurements.

The main goal of this project is to extend the rear wheel backwards to make room for a large cargo rack, but there are a few smaller goals.  I used low pedals on the first bike to make it easier to stand at stop signs and lights, with the crank centerline 10 inches off the ground, which resulted in the pedal centerlines being 3.5 inches off the ground.  It turned out last summer that I never caught a pedal when leaning in a curve, but did hit the ground a few times when riding off road with the bike.  This bike needs to be slightly higher.  Another factor is the steering head or stem angle, (the head is the frame tube on the outside, the stem is the fork tube on the inside, both should be the same angle if the bearings are ok), as I want this bike to have slower steering.  Most mountain bikes are using a steeper angle (72-75 degrees from horizontal) with minimal trail for a fast steering, so that riders can steer around rocks in a split second.  I would like the steering to be fast enough to avoid obstacles that the rider notices, but when they don't see something the bike should be able to ride over it without falling.  I also want a bike that will track straight when the rider says "Look at that cow" and the kids on the back turn.  I'll cover a bit more of steering geometry in the next post. 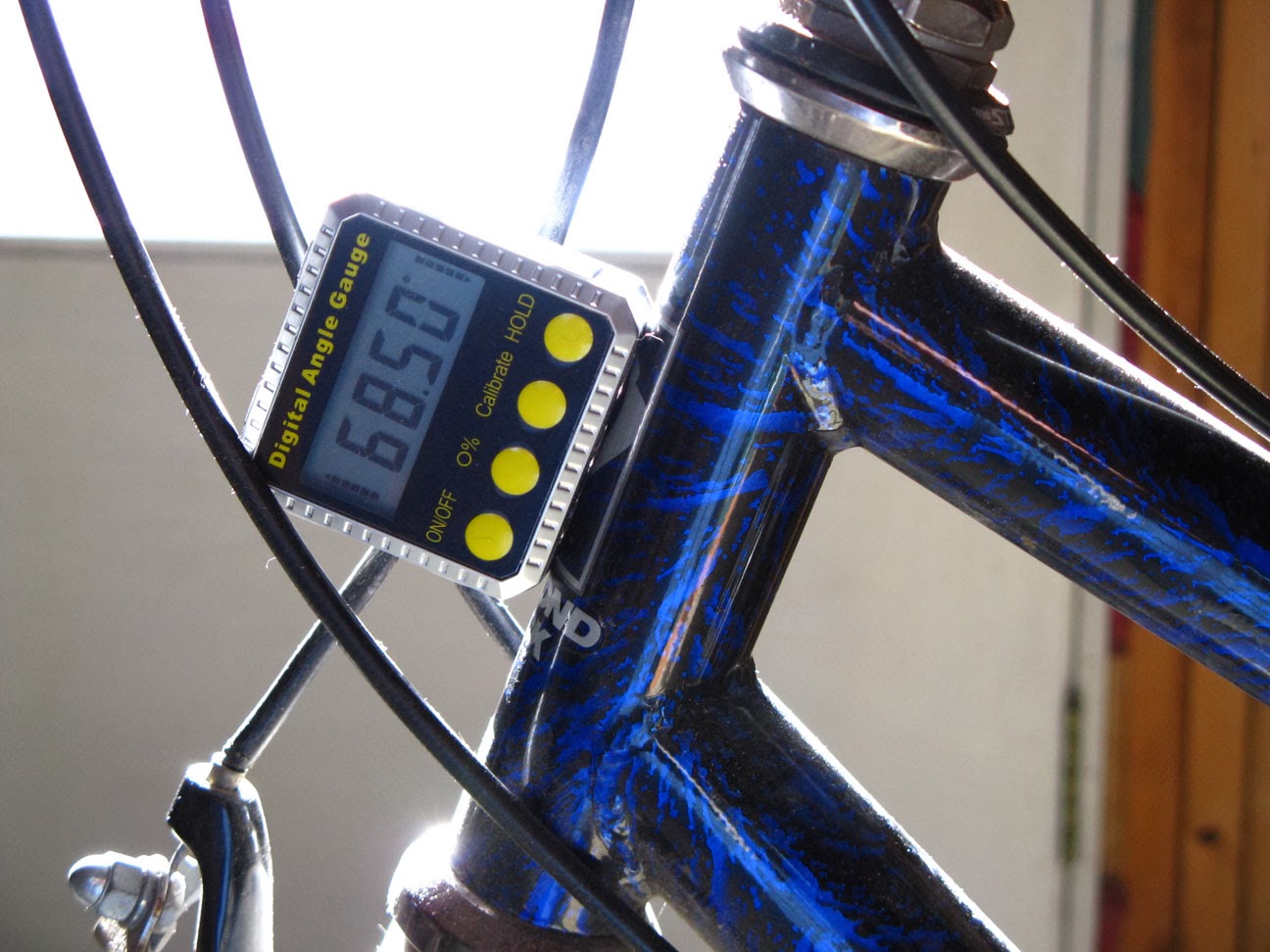 The head angle is 68.5 degrees.
This is a magnetic digital angle gauge that woodworkers use to set their tablesaw blades.
It's cheap enough at $25, but it has some accuracy issues that I'll write about in another post. 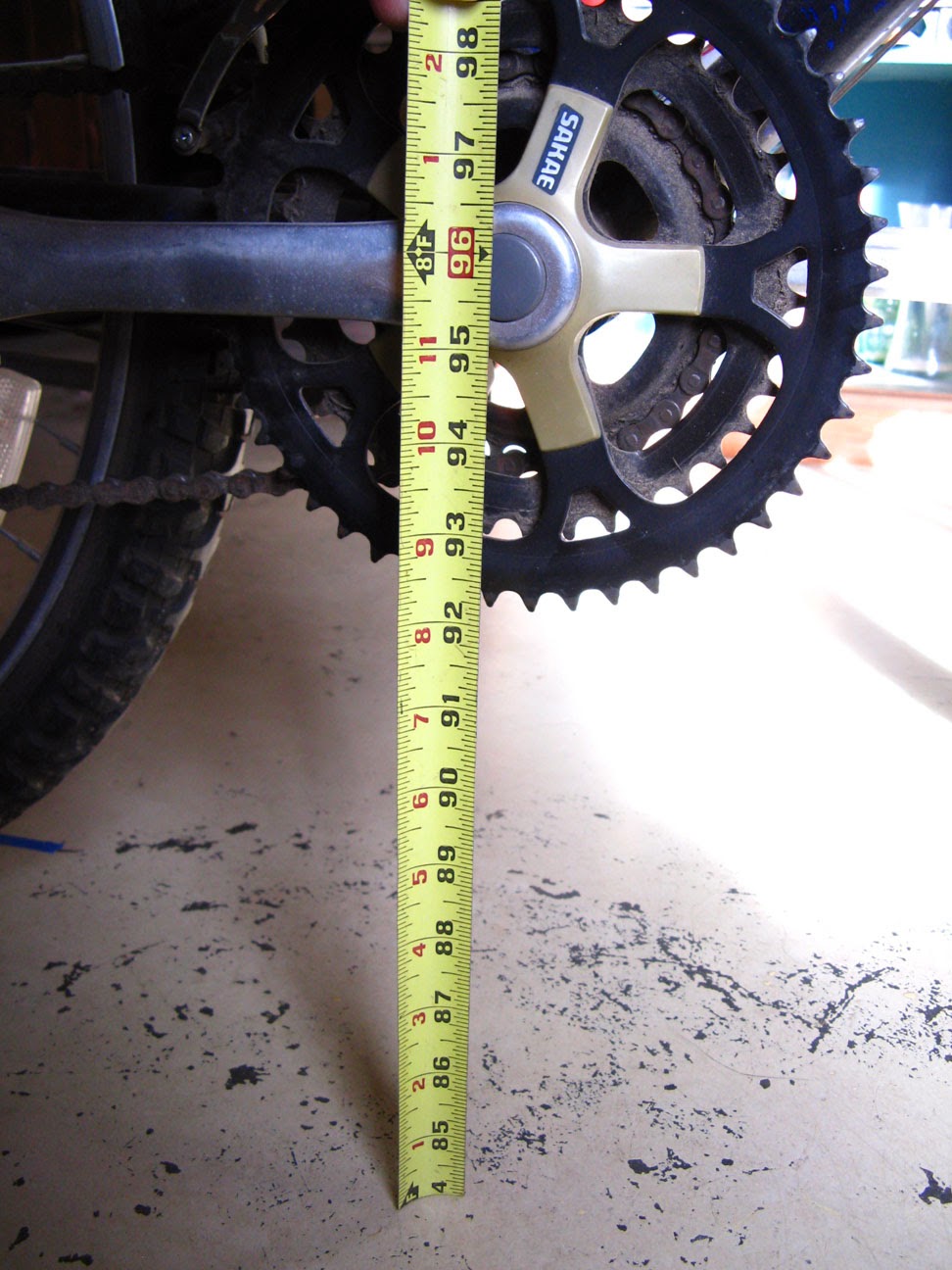 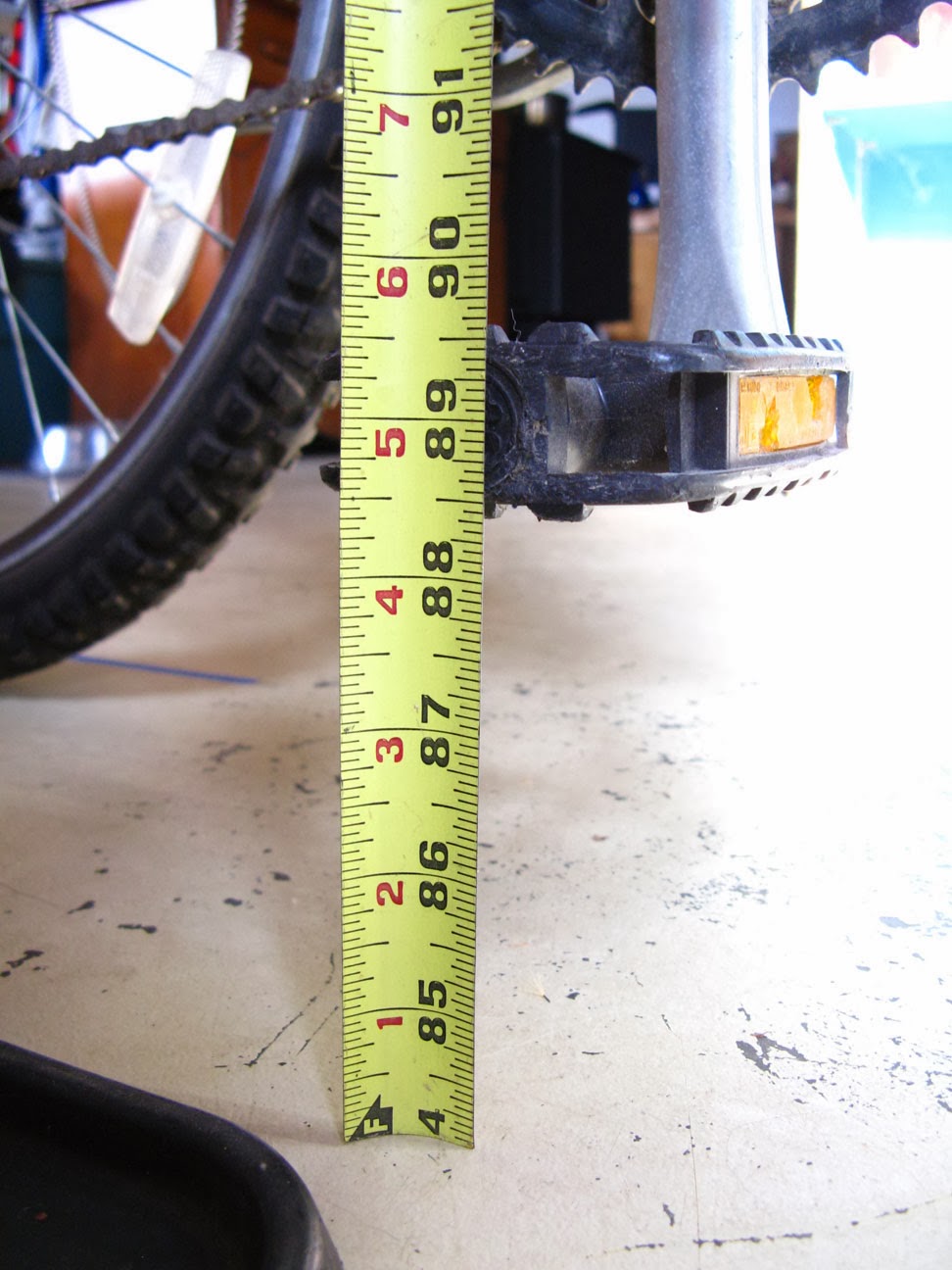 The stock pedal centerline height is 5". 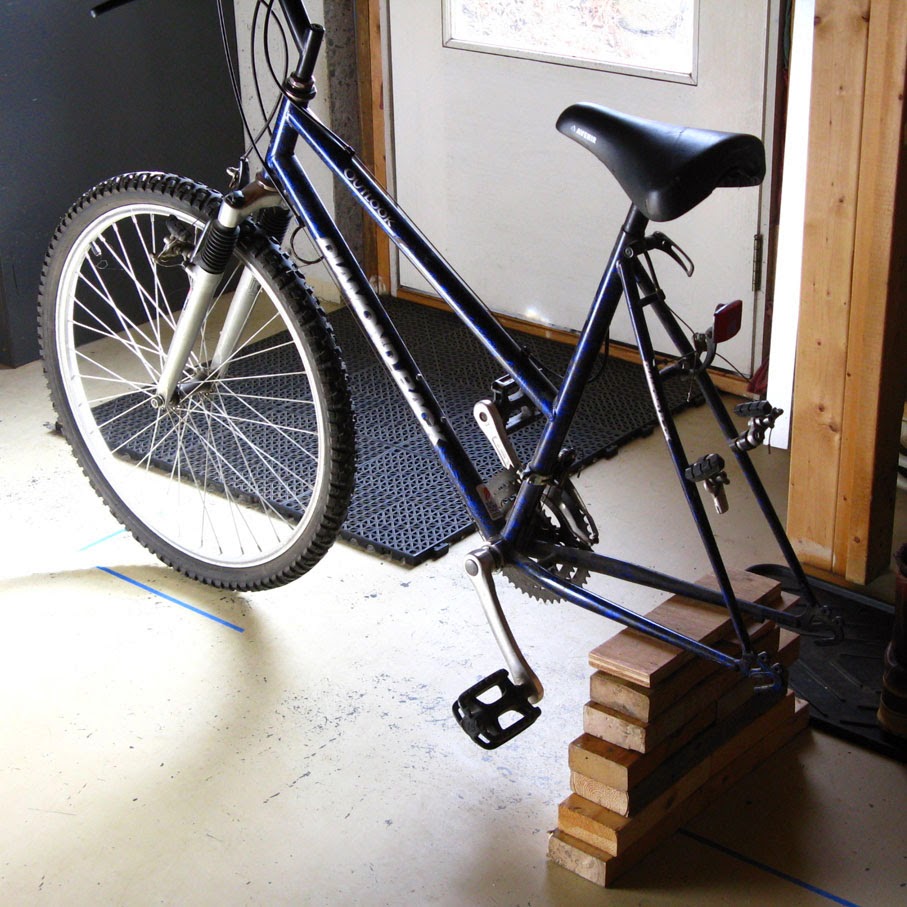 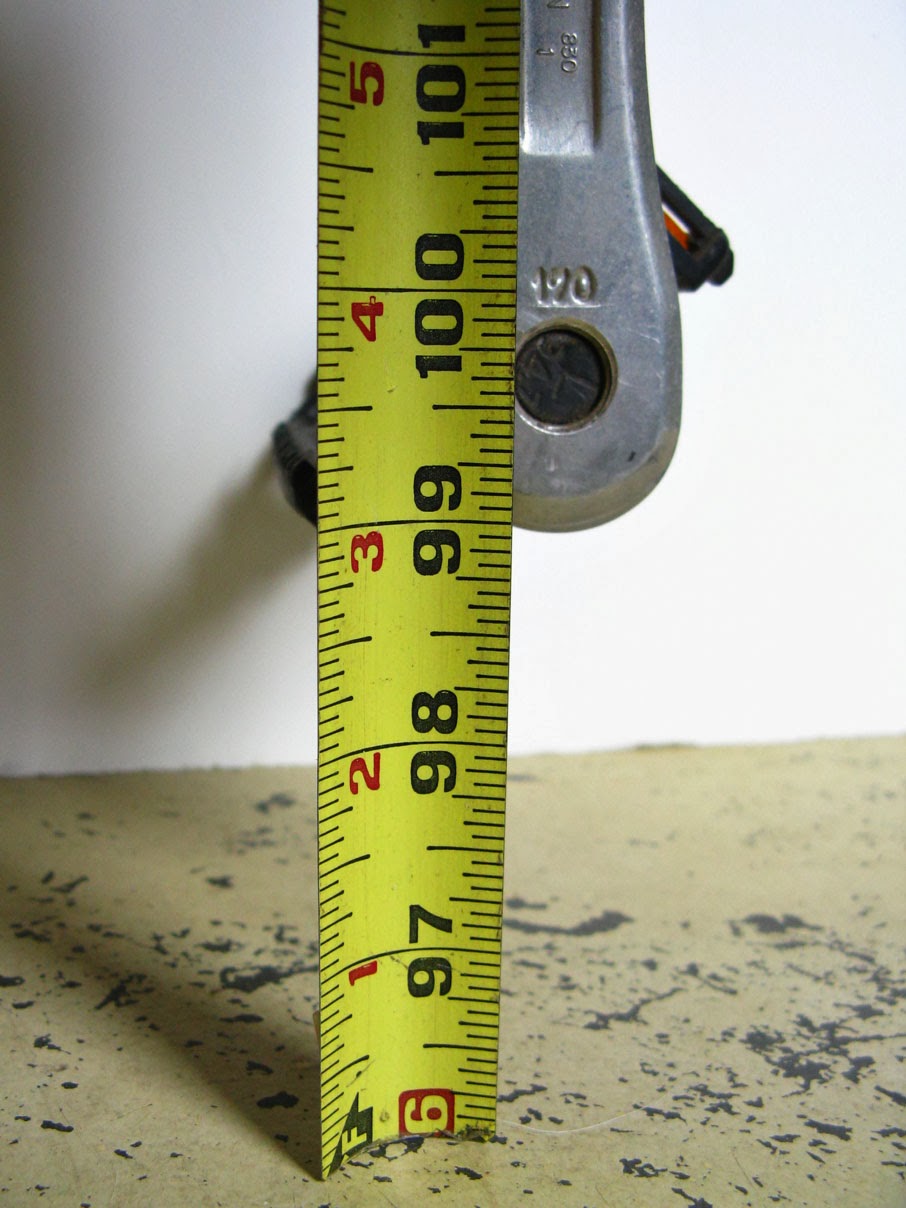 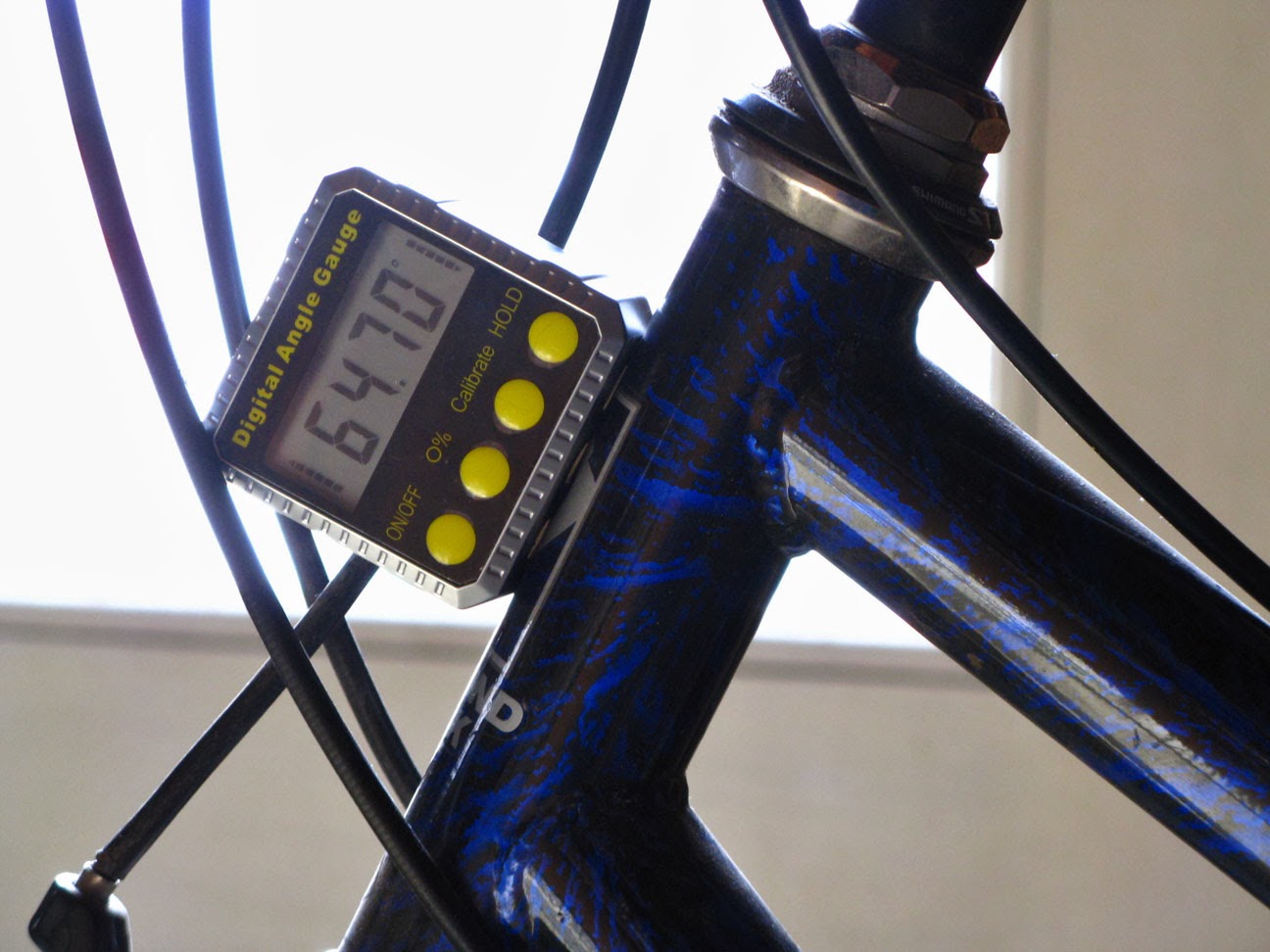 The lowered head angle becomes 64.7 degrees.
Hmmm, is this okay?  It should be slow steering, but maybe too much.  I know that it is possible to ride a bike with the front fork sticking way out: 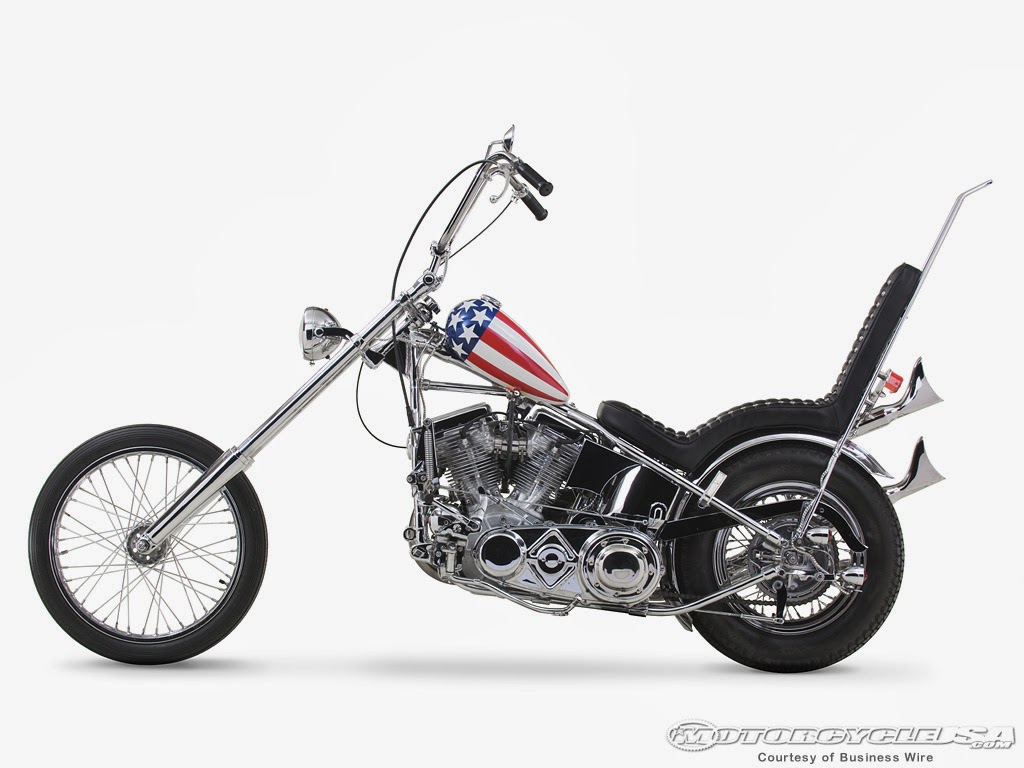 Captain America bike, from Easy Rider, Photo credit: Business Wire
I was hoping to not have to cut and reweld the downtube. We'll have to measure the front fork trail in the next post.