The solar electric cargo bikes have been rolling nonstop.  Although I have notes for 21 more blog entries, things have gone a little over the top and I haven't had a couple of days to write a good post.  The motor for the third bike has also arrived and I wish to spend time modifying it, so I'm going to try something unusual here and let other people write for me this time.

(Update added November 24):  One more press article- The Longtail was down at the Brattleboro EV event, and Jan Lambert mentioned it in a short article in November issue of The Valley Green Journal.  The issue can be read here:  http://www.valleygreenjournal.com/current-issue-and-archives/

(Second Update added November 26, and then I'll get back to finishing "Building the Longtail 3/3");  The region where I live is a section of the Connecticut River Valley.  Although the Vermont and New Hampshire state border runs through the middle, it still functions as one single population center and ecoshed.  An example is our Sierra Club Upper Valley Group, and I've been appointed to be one of the alternates that represent the group during meetings of the SC Vermont Chapter: 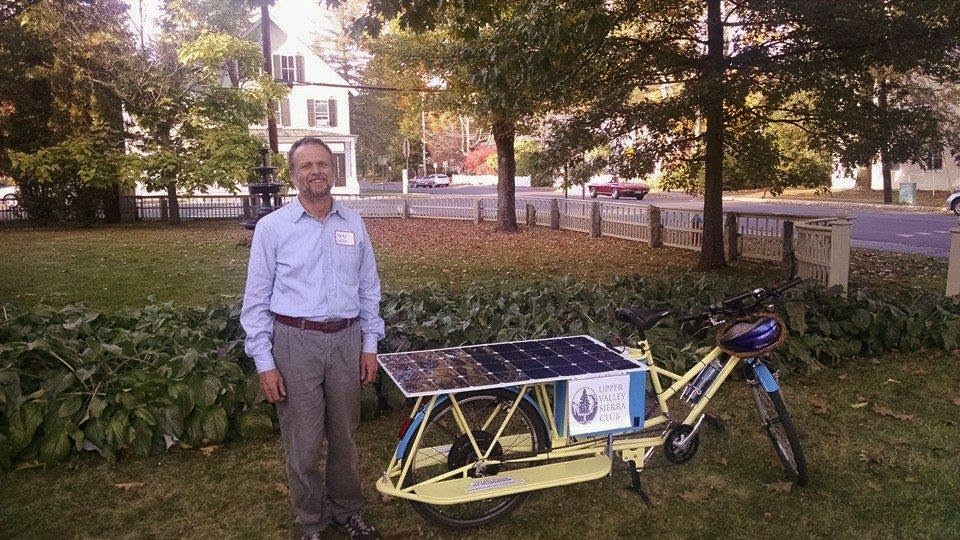 I am finding that building the bikes is relatively easy for me, but then there are cargo bike loads of public relations and education that have to happen.  At least some of it is enjoyable- a.k.a. "a bike ride"- with stops along the way for questions.

Earlier in October Katy Savage wrote a nice article about the bikes in the Woodstock Vermont Standard newspaper, you can read it here:  http://www.thevermontstandard.com/2014/10/karl-kemnitzer-inventors-bikes-see-the-light/ 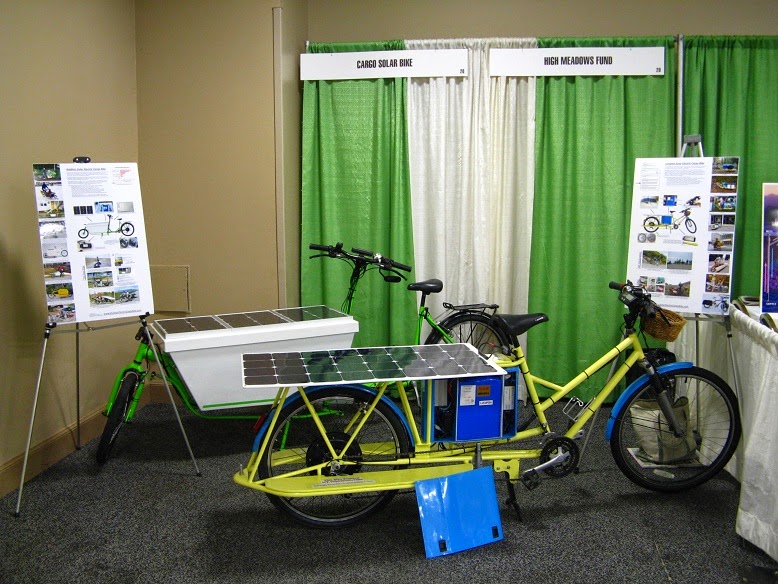 My display booth at the REV annual conference.

The bikes went up to the annual Renewable Energy Vermont conference (http://www.revconference.org/) in Burlington for October 16-17, and were displayed alongside 38 other companies, from small solar, geothermal, and legal companies up to UVM, Stiebel Eltron, Gro Solar, and Hydro Quebec.  I had a great time, with dozens of cross discipline conversations and spreading ideas about renewable energy and alternative transportation options.  One high school teacher may build a bike as part of a Science, Technology, Engineering, and Math (STEM) class curriculum.  I also attended one presentation session about the Problems and Risks of Renewable Energy, which was devoted entirely to financial, insurance, and banking concerns.  It's been my belief that the chance the sun will come up tomorrow is a safer bet than the price of oil next week, but oh my word now I'm not so sure...

The Burlington Free Press wrote a nice article about the conference and the bikes, which you can read here:  http://www.burlingtonfreepress.com/story/life/green-mountain/2014/10/16/solar-bike-builder-charges-ahead/17372883/

The Seven Days newspaper also did a short article:  http://www.sevendaysvt.com/OffMessage/archives/2014/10/16/renewable-energy-conference-draws-hundreds

After the conference was over, I rode down to the center of Burlington to take part in an alternative transportation exhibit: 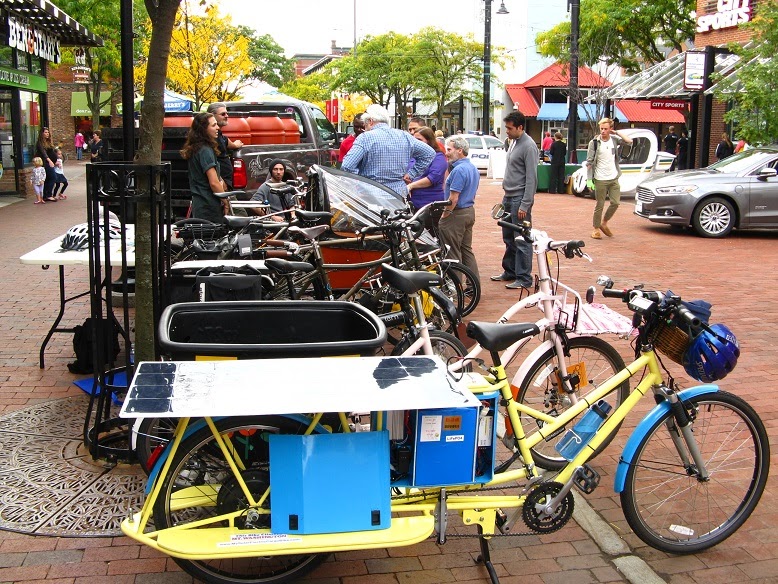 Lineup of Cargo Bikes on Church St, with reclaimed cooking oil truck
in back, and electric cars and natural gas garbage truck across street.

The ride back from Church street went uphill from Lake Champlain, around UVM, to the conference building.  Normally I find that I can keep up with traffic on an urban street, but this time the bike was faster than traffic because of the bike lane.  In between traffic lights our speed was the same, but at each light I was able to ride up to the stop line, thus gaining 3 or 4 cars each time.  Another recent commuter test across the Connecticut river from Norwich to Hanover by Vital Communities gave similar results:  the bikes took 9 minutes, the bus took 11.5, and the cars in the test took 20 and 30 minutes from start to parked.  (Link to article:  And-the-bikes-win! )

I've also attended an Upper Valley Transportation Alliance meeting, and learned about the latest work being done on the Lebanon to West Leb (New Hampshire) rail trail.  It's the only slow speed connector route in that transportation corridor, so the plans are to make it suitable for bike commuting.  Part of the plan includes snow plowing only half of the path for bikes, so that skiers and sleds can use the other half.  Now that I'm designing the third bike, I'm starting to pay more attention to fenders and weather shields for year round bike use, so I'd like to end this post with one more link, to a blog about bicycling during winter in Oulu, Finland:   http://wintercyclingblog.org/2014/10/17/oulu-finland-winter-cycling-capital-of-the-world/