I know- a lot of people don't have cars.  A recent short essay about this is George Black's "The Road not Taken", in the December 3, 2013 issue of OnEarth:
http://www.onearth.org/articles/2013/12/i-grew-up-without-a-car-and-you-can-too
"Carless, they're approaching the future by stepping back, at least for now, into some of the pleasures of the past."

Taxis and buses are a limited option where I live, it is best if I provide for some mobility, even though I know people have lived with limited access in these hills for more than 300 years.  My bakfiets is good for a 60 mile range, which will get me two towns over and back, and I've just ordered a 33% larger battery for the second bike. Better solar parts for the next bike should extend the range even further, so it might have a 90 to 100 mile range. Since the next goal is raising the average speed, some of the battery range will probably now go into climbing hills.  I'm also thinking of how to put some basic weather protection on the third bike.  So my local mobility needs can be met by a cargo bike.

However I do travel further.  To start, I've thought of two example distances for pleasure trips I'd like to be able to do, that would also be the distance of some more routine trips:
-Hartland to the BALE (Building A Local Economy) Fest, in South Royalton, at the VT Law School, about 35 miles one way
-Hartland to SolarFest, in Middletown Springs, about 65 miles one way

One obvious solution would be an enclosed body- the streamlining would raise my average speed, lower fuel use, have surfaces for solar cell mounting, and provide weather protection: 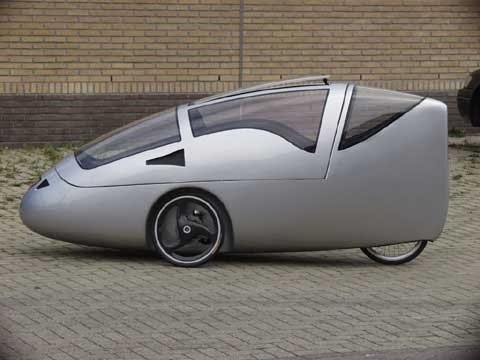 There have been many who have thought about this problem, starting in the early 1900's, a good summary was written by Peter Cox at the University of Chester, UK, for presentation at Energy and Innovation, Seventh International Conference on the History of Transport, Traffic, and Mobility, (T2M), Lucerne, Switzerland, November 2009:
http://www.academia.edu/267207/Energy_and_the_Bicycle_-_Human_Powered_Vehicles_in_Perspective 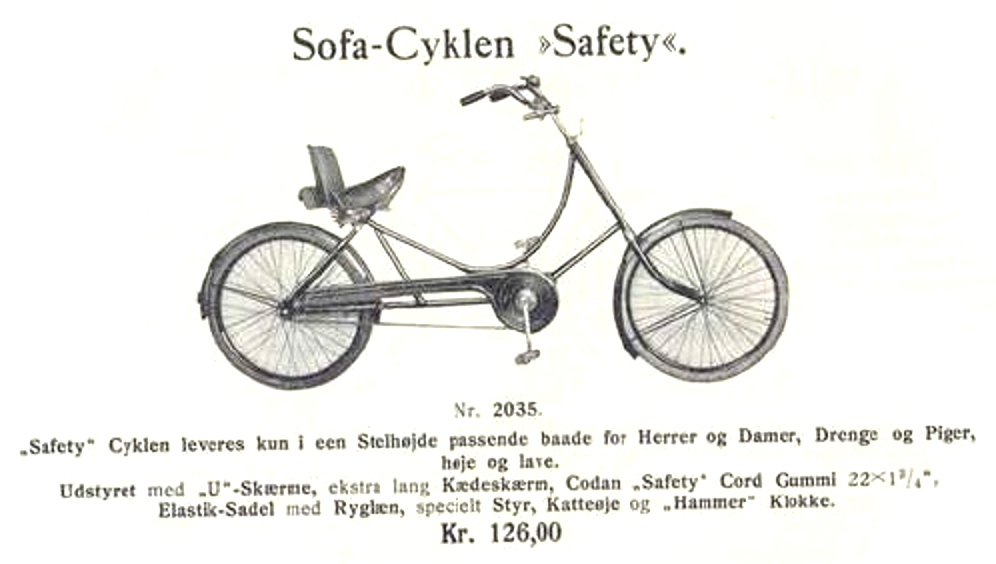 Although I like the idea of an electric assist Sofacycle, (the ultimate couch potato), full bodywork is something I've been avoiding, similar to a mid drive motor setup.  Good design is the most function and redundancy with the least material, which is a beauty of bicycles, but I may have to change my view yet.

Then I thought about longer trips, for example- visiting friends in Connecticut.  There could be some help for this, by bicycling to the Amtrak station in Windsor, VT, riding the train, and then getting off in Windsor, CT and bicycling to their house, (125 miles one way).  A couple of weeks ago I wrote to Amtrak asking about bringing my bike on a train, and they replied:

"Regrettably, it is not possible to transport a bicycle on Amtrak services between Windsor, VT (WNM) and Windsor, CT. Neither the Vermonter train from Windsor, VT to Springfield, MA, nor the shuttle from Springfield to Windsor, CT have 'wheel on' bike spaces. Also, neither of these trains offer checked baggage or checked bike box service."

In direct contrast to Amtrak's statement, the Vermont Rail Action Network just stated in an article by Christopher Parker for Green Energy Times (issue 24, February 15, 2014):
"VRAN has been actively advocating for carry on bikes on Amtrak trains, working with the Vermont Bike/Ped Coalition and the State of Vermont.  We can now report that Amtrak has tested a car with bike racks, and details are being worked out for this service on the Vermonter and Ethan Allen."

Short of getting a Brompton folding bicycle and trying to carry it on Amtrak in a knapsack, or trying to fit a cargo bike on a Greyhound bus, does this mean the only carless option is riding a bike the whole way?  Ironically, this distance is beyond the range of most pure electric cars or motorcycles, but with a second battery on board is possible on an eCargoBike.

Comment Feb 28- It's been pointed out to me that I can always put a raft on the Connecticut river and float down...

I have also read reports of Velomobiles, without electric assist, being able to maintain high speeds (20 to 50 mph), and even passing racing bike pelotons.  Hmm, maybe a streamlined body is looking better: 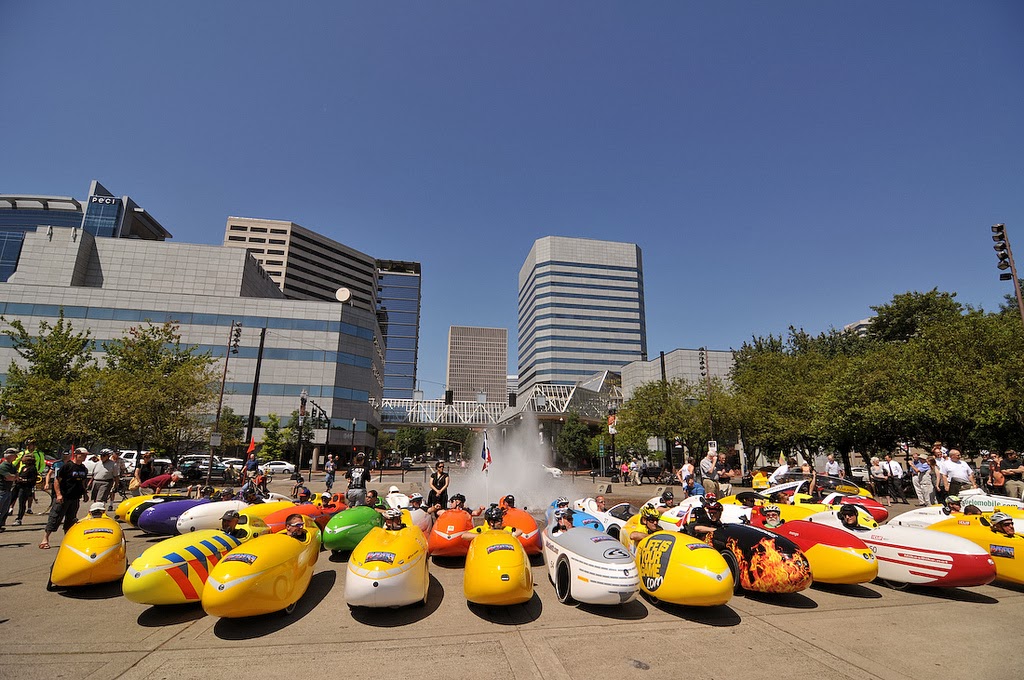 My friend Andrea has sent a presentation by Susan Zielinski about Multimodal research at the University of Michigan Ross School of Business.  Their SMART program has 4 sub projects, and one of them is partnering with colleagues in Beijing to look at Multimodal options:
http://smartross.wordpress.com/research-projects/
I know that California's BART rail system already allows bikes on the train, and Portland has trams that have hooks on the left side for bikes, but this could go much longer distances.  Ford and Alcoa are supporting the U of Mich programs.  I always knew Detroit could do better than the Corvette. 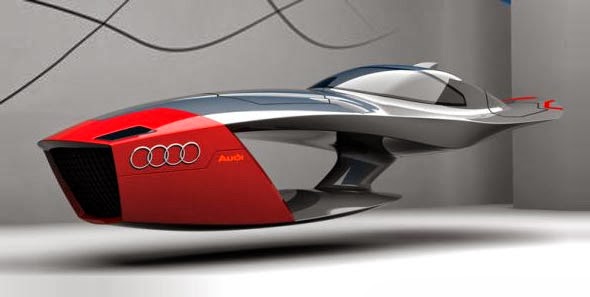