The new solar electric cargo bike Longtail was in the 4th of July parade.  I'm going to post some of the pictures, and then follow up with a few more posts of pictures taken while building it. 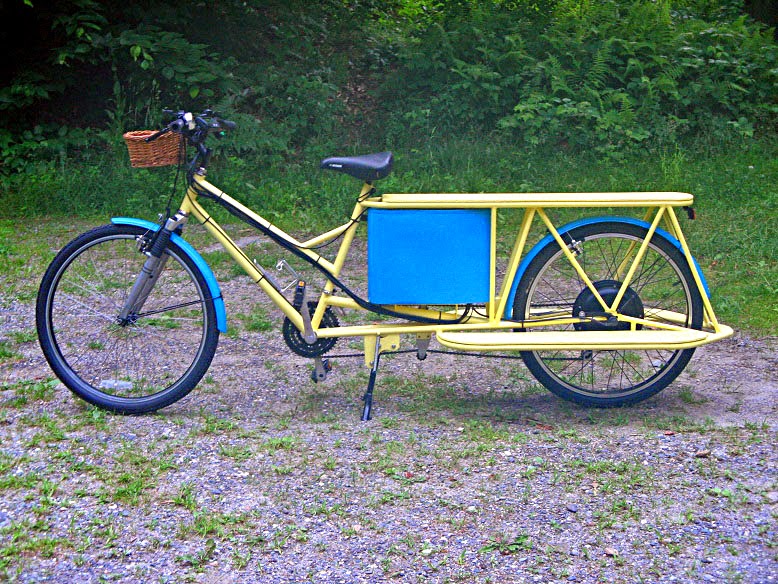 The basic frame is a Longtail with a battery box in the center and rack on the back. 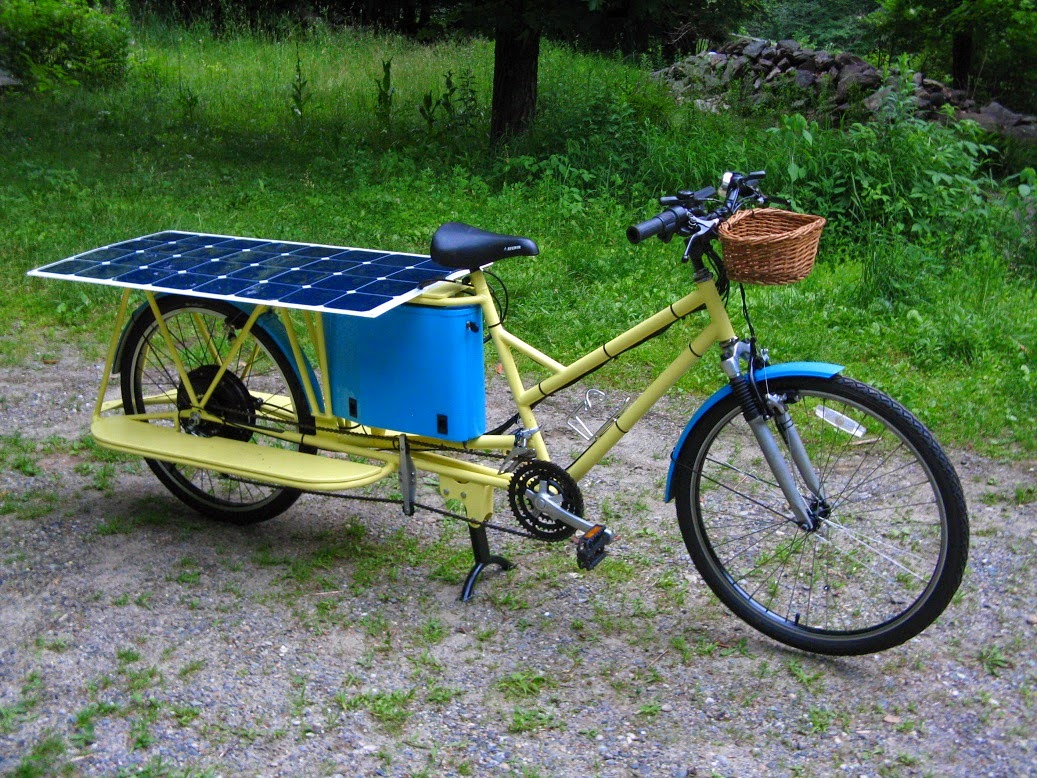 The bike with the glassless and frameless solar panel on it.  I've attached it
temporarily, and am designing a clip-on hinge, so that it can be used as a cover
over cargo bags, and also be removed for carrying people or large packages. 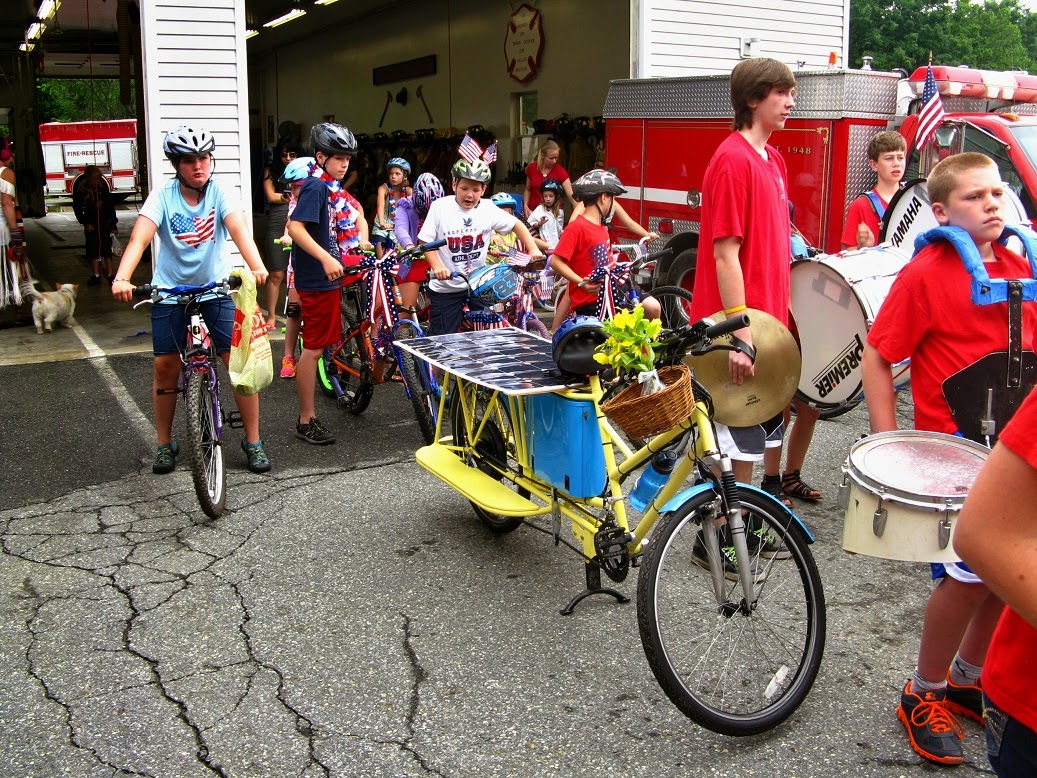 Last year I was also put in with the kids bikes, but I don't like riding with them
because they have more energy and will run me over.  I exercise town energy
committee privilege and wait for a few other groups to go by, and then start out.
It's OK, as long as I'm in front of the horses. 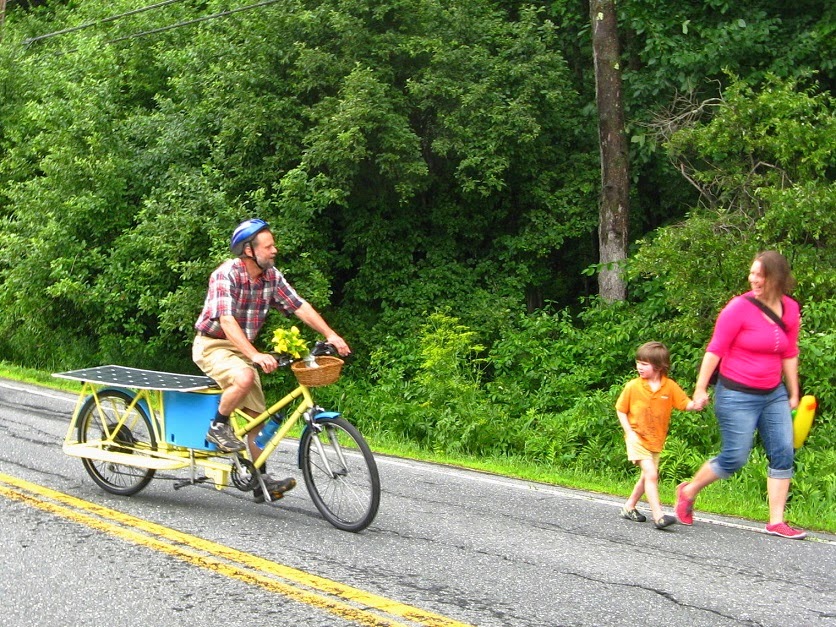 A young builder thinking about making his own bike!  Photo credit: Peter Allison 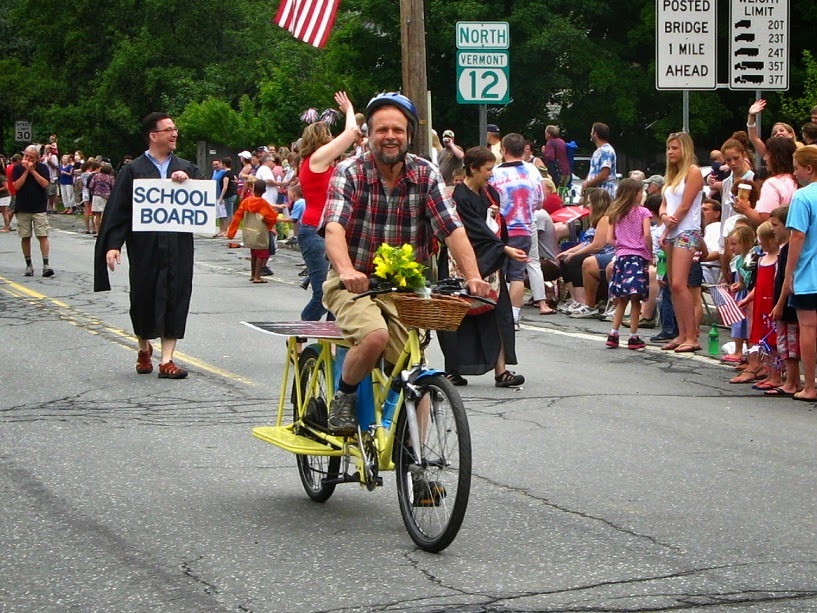 A lot more fun than the School Board, and no school budget discussions either.
Photo credit:  Katie Rawson 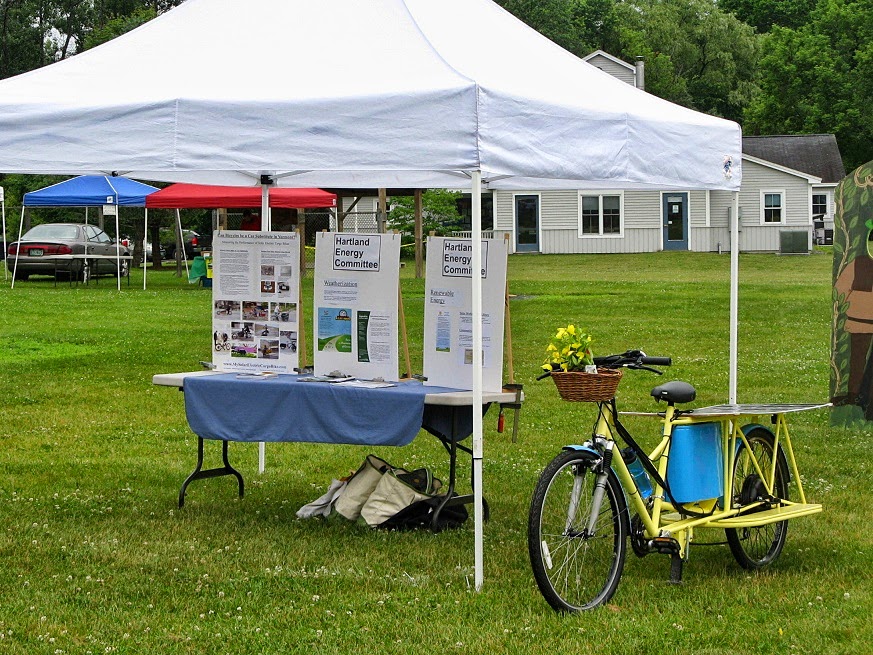 My Hartland Energy Committee booth before the crowds arrive.  On the left is a poster about cargo bikes and data from the bakfiets last summer.  The center poster is on weatherization, highlighting the current Neighborworks HEAT Squad program and $100 household energy audits.  The right poster is about solar, announcing 3 solar workshops being held by Suncommon at the library (the building in the background), and the Vital Communities Solarize program, a group purchase bulk pricing drive for residential installations.  And of course the bike- either most important, or bait for handing out weatherization info, depending on your point of view... 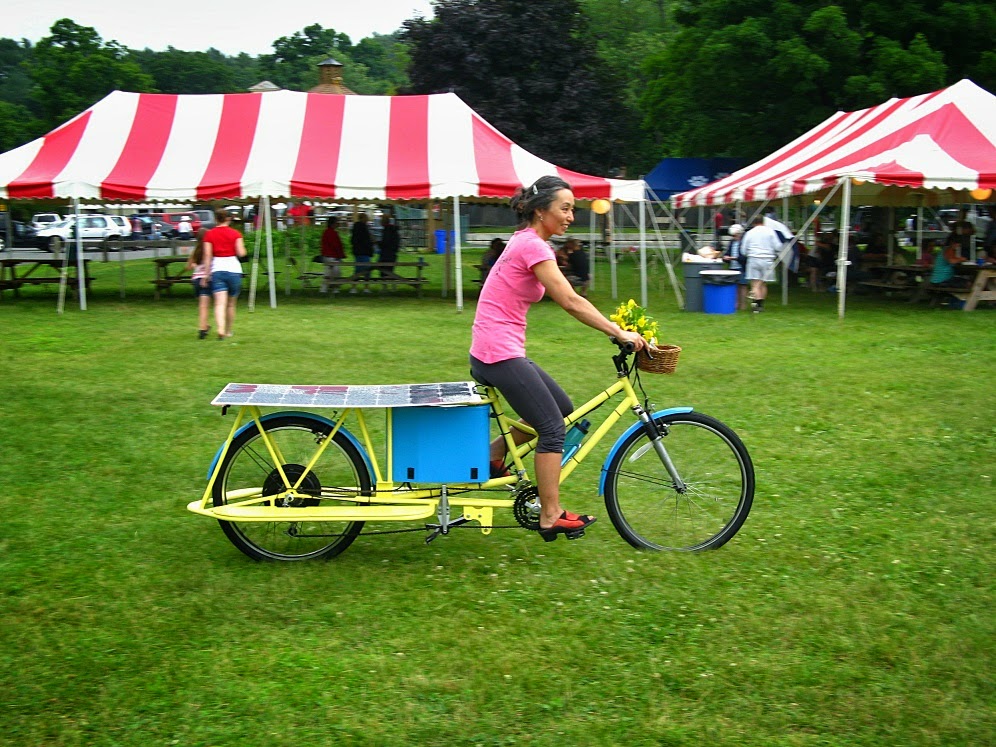 The first test ride on the Longtail.  Chiho's comment was "that has a lot of power!"
I haven't kept an exact count, but the Bakfiets probably reached 100 test rides
at the Upper Valley Electric Vehicle Forum on May 15, and now I'm ready
to start loaning it out for longer trials while I test the Longtail.

I'm not going to say much more about the Longtail until I've done 10-12 rides to be sure that the numbers are consistent, other than to say the Longtail seems to be a bit faster than the Bakfiets, and also use more power.  The direct drive motor also idled along at a 4 year old's parade walking speed nicely (about 2 mph).  An experiment will have to be holding the speed equal and seeing if the energy use becomes equal.  It is also much different riding at the front, after being way at the back of the Bakfiets for the last year.  In a review of the 8 Freight cargo bike, the tester mentioned a distinct feeling that he was moving sideways when turning, and this bike is similar.  On the Bakfiets it was more like watching the front end pivot around the rear wheel.
Posted by Karl K at 11:53 PM